Acura truly brought their A-game to the 2020 Pikes Peak International Hill Climb, trailing with them a pair of race-spec 2021 TLX and a “Time Attack” 2021 Acura NSX, and breaking a previously established record from 2018. 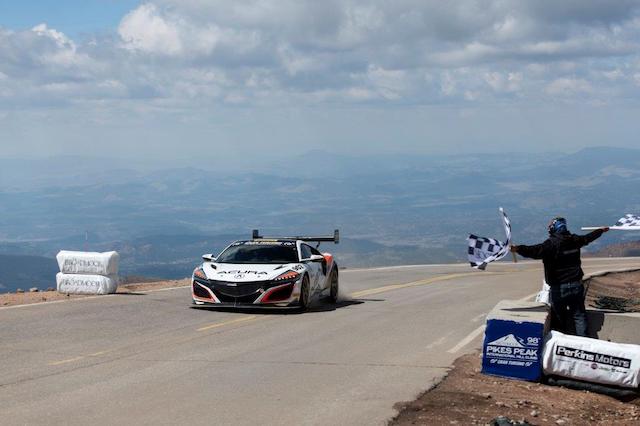 While both NSX models feature the same 3.5-lite twin-turbo V-6 engine, producing 500 horsepower and some 406 pound-feet of torque, assisted by three separate electric motors, one motor sitting between the engine and the car’s nine-speed dual-clutch transaxle, improved handling capabilities led to the new record.

Equipped with stiffer front and rear stabilizer bars on the “Time Attack” NSX, tweaked steering and the set of Continental SportContact 5P that provide more grip at lower temperatures replacing the Continental ContiSportContact 6 made all the difference for a record-breaking timed lap in an environment of thinner air and cooler temperatures.

Both race-spec 2021 TLX models made a performative debut at the gruelling Race to the Clouds hill-climb event ahead of this second-generation sport sedan’s consumer release in the Fall of 2020.

The 2021 Acura TLX will be making it’s racing debut at Pikes Peak!

Acura’s Ohio R&D racers Jordan Guitar and Justin Lumbard finished fifth and sixth respectfully in the Exhibition Class. Lumbard, a rookie of Pike Peaks, completed lap time of 12:10.008, while Guitar finished with a lap time of 11:37.219.

Two versions of the 2021 Acura TLX will be available in the market. The standard TLX 2.0 is the first to arrive, powered by a 2.0-litre turbocharged four-cylinder engine that produces 272 horsepower and 280 pound-feet of torque. Some 66 horsepower and 100 pound-feet of torque more than the outgoing model, tending to Acura’s promise of making the TLX the “quickest, best-handling, and most well-appointed sport sedan in the brand’s 35-year history.”

As for the performance-spec TLX Type S, its prototype debuting as the official pace car for the 2020 Pikes Peak International Hill Climb, its anticipated release isn’t scheduled until Spring 2021. Packed with new features and technologies and powered by a 3.0-litre turbocharged V-6 that will produce around 355 horsepower and 354 pound-feet of torque, including the Acura’s fourth-generation Super Handling All-Wheel Drive (SH-AWD), the Type S is reportedly set to cost more than $50,000. 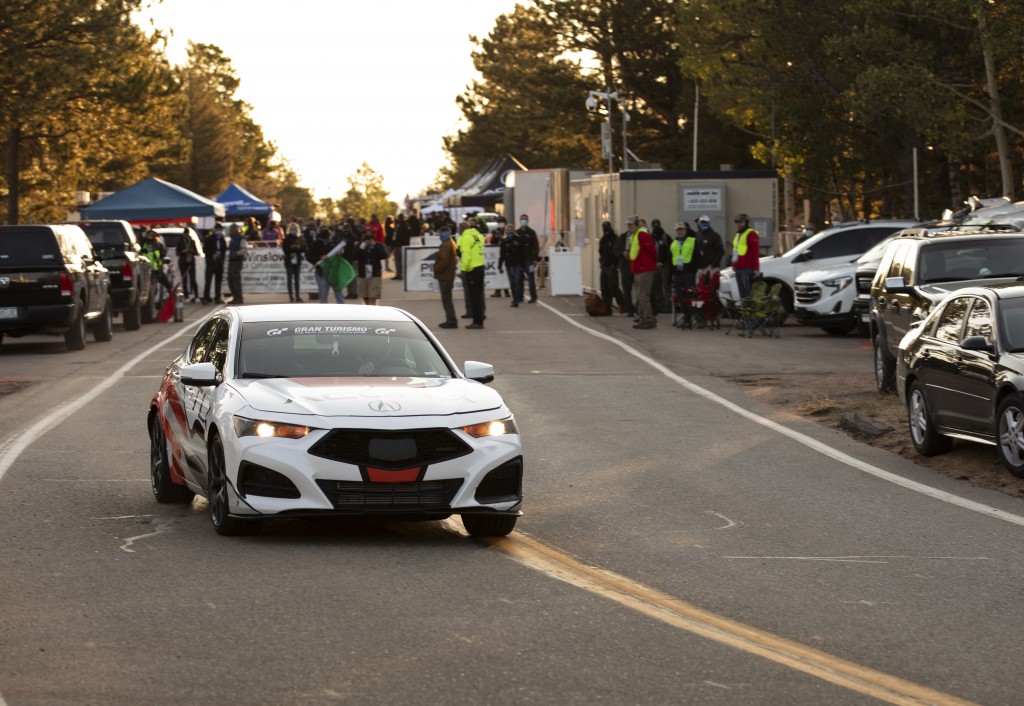 For the past nine years, Pikes Peak has served as Acura’s testing grounds for their performance technologies and an opportunity for their company’s volunteer race team to hone their racing skills.