What is Acura’s True Touchpad Interface? In short, it’s Acura’s latest and greatest user interface now available in the 2019 RDX. In today’s sea of entertainment systems filled with a ton of unnecessary buttons and hard-to-understand menus, the new True Touchpad Interface is a real breath of fresh air. Acura has completely reinvented the way an infotainment unit communicates with the user. The system has already gained high praise from WardsAuto in their annual “10 Best UX,” claiming it raised the bar that much higher for other manufacturers to follow.

What makes it so revolutionary?

The simplicity and usability it brings to the table for starters. Acura has worked hard to make it as elegant and unobtrusive as possible, with an eye-catching design that aims to reduce driver distraction. Above everything else though, it’s the new features introduced that truly make it stand out from the rest of the crowd.

Unlike most pad-based systems we see in the industry nowadays, the True Touchpad Interface doesn’t offer the user a cursor to navigate through the menus. Instead, it has a precisely mapped, one-to-one touchpad that acts as a remote touchscreen if you will. Pressing the touchpad at a certain location corresponds directly with that same location on the display, so the driver never has to reach for the actual display and can operate everything from one single interface right next to his or her hand. This makes it the world’s first application of absolute positioning in a driving environment.

Then we get to the display itself, a 10.2-inch full-HD unit that rests on the dashboard, just above the center console. The operating system has been reworked to offer a new, intuitive design with simple graphics and logical menu structures. It redefines the term “ease of use,” decreasing the angle height of the required learning curve. 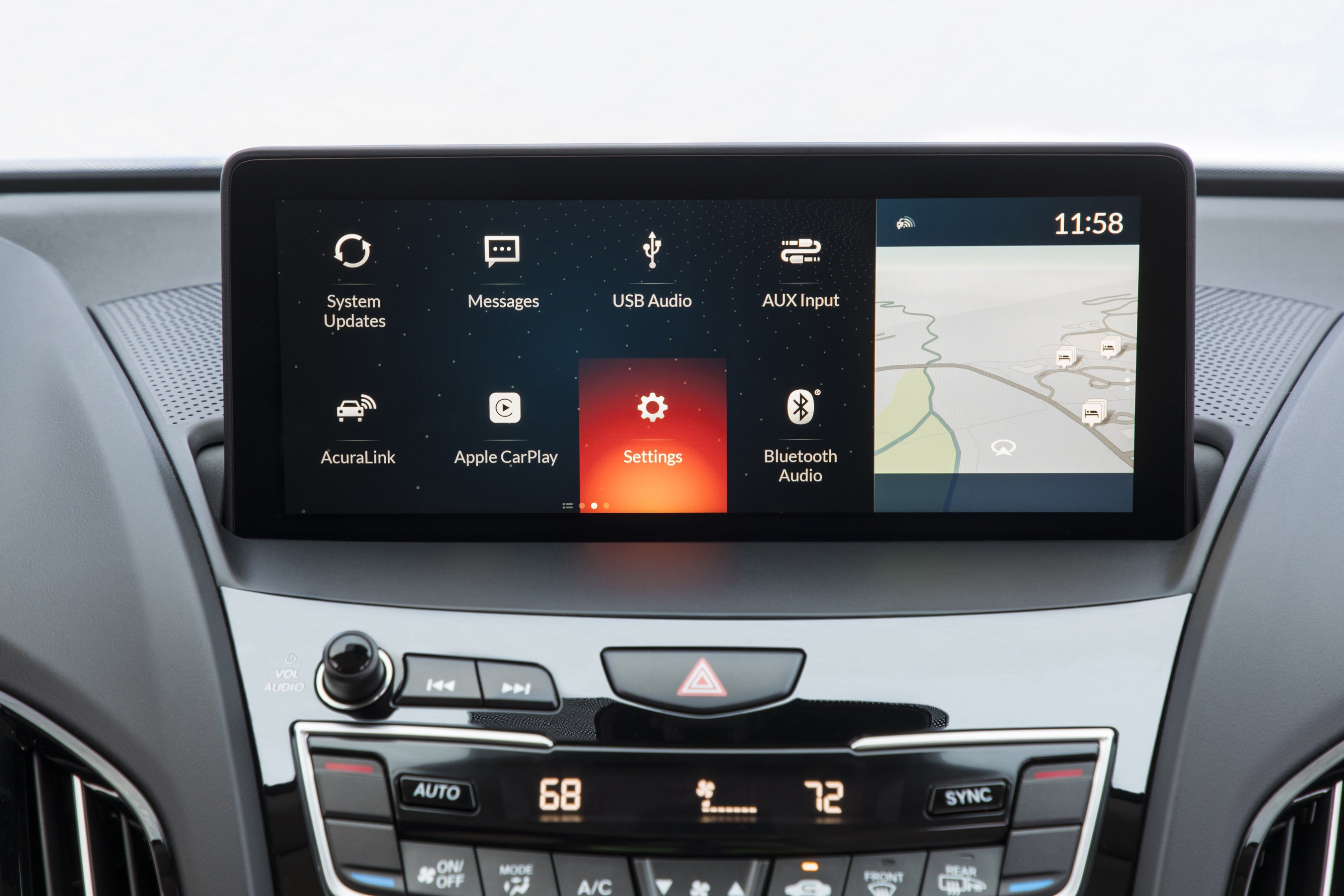 Since the new operating system is Android-based, customers can customize their “Apps” to their hearts’ desire. Frequently used features such as destinations, phone contacts or radio stations can be placed under the “Favourites” section and displayed directly on the home screen.

The touchpad itself has been designed with maximum efficiency in mind. It has a subtle concave form factor including an actual physical border, so the driver can use it while keeping eyes on the road. A simple touch highlights an item on the display above, and a push confirms the action and makes the selection. This has been designed to prevent mistakes and unnecessary delays scrolling back through the menus. 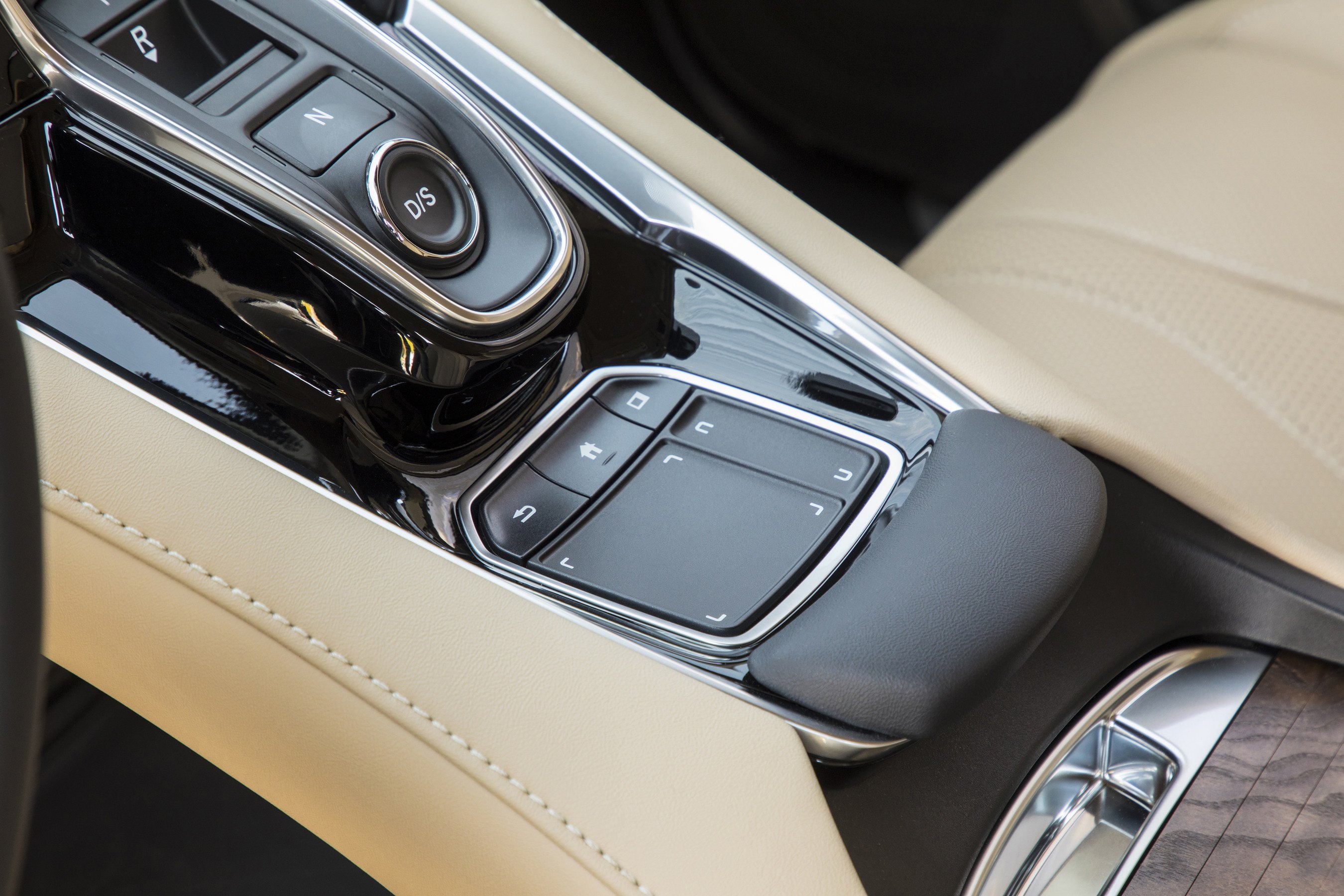 The touchpad has two distinct zones and both of them correspond directly to the primary and the secondary information displayed on the screen. This, in turn, allows for quick-screen swapping and multi-content viewing with ease. The most common configuration is music on the right and navigation on the left.

In addition to the new touchpad, the infotainment system can be operated via voice recognition and handwriting. Acura has worked extensively on voice recognition in particular, making the new system one of the best currently available on the market.

The optional Advance Package brings with it a full-colour 10.5-inch head-up display with a ton of customizable options, projected directly in the driver’s line of view. 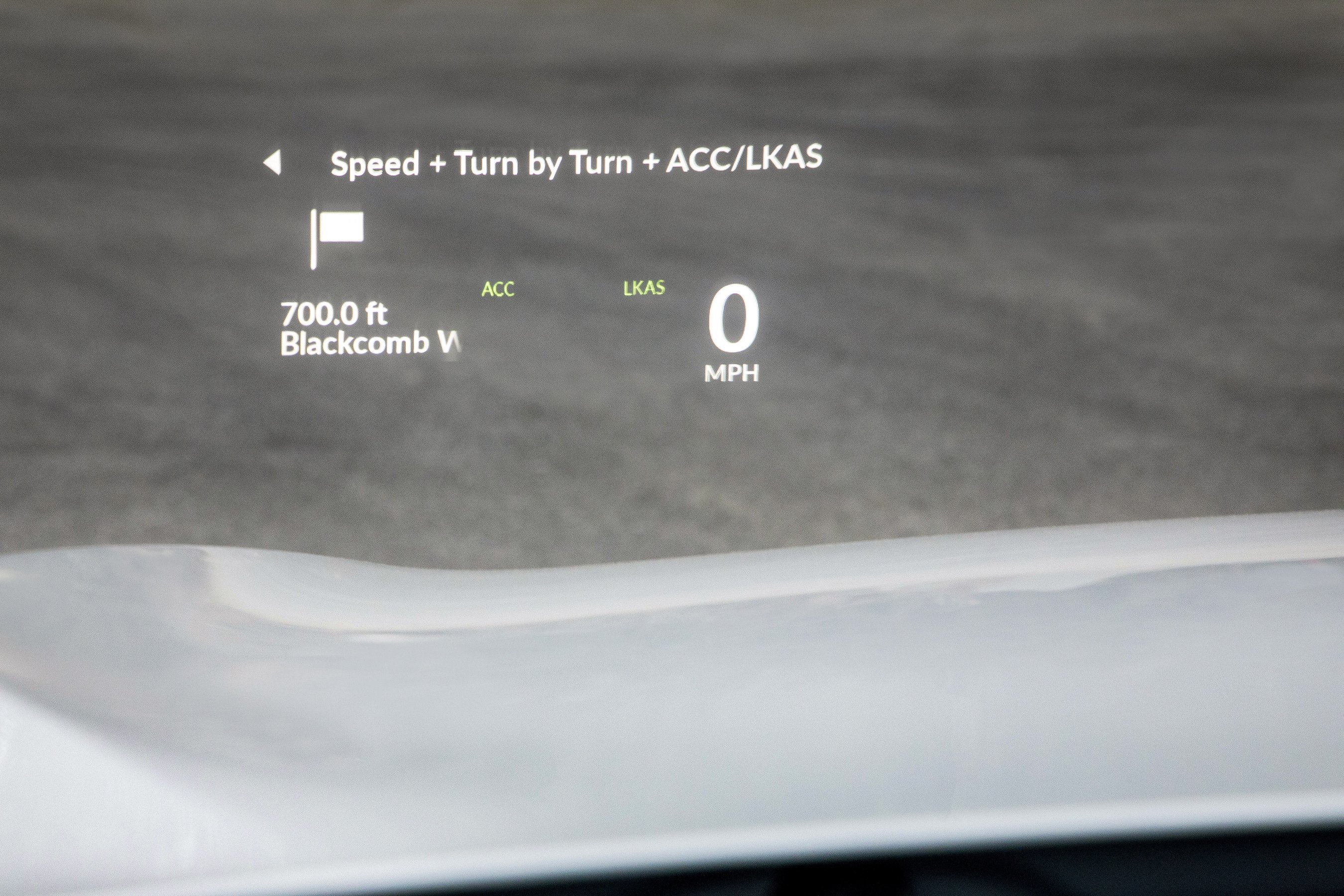